Cows In The Tater Patch

When I read this Cows In The Tater Patch  recipe title, the image of cows standing in the middle of the garden was too vivid! It turned out to be a very tasty dairy recipe submitted by Violet Mefford of Jasper,Arkansas,  for  the Arkansas Dairy Foods Contest. I'm looking forward to adding this to my home recipe collection! 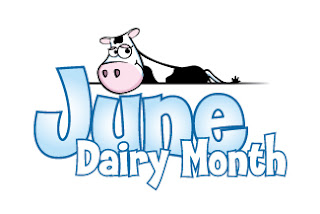 Cows In The Tater Patch

In a mixing bowl, combine cubed Queso Fresco Cheese, butter, garlic, half n half, and salt.
Melt in microwave on medium power until melted, stirring every two minutes. Once melted, pour the cheese mixture into a large bowl containing the sliced uncooked tater. Gently stir to coat the taters with the cheese mixture.

Bake in the oven for 30 minutes at 425 degrees or until taters are tender. 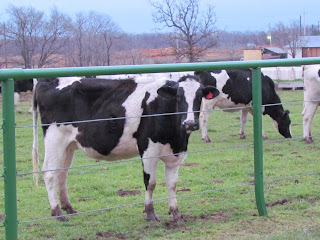 Where are those taters?
Posted by AnglinDairy- Spotted Cow Review at 9:45 PM