It's never to late to harvest hay in Arkansas if you plan it between ice and snow storms! How fitting it seemed on  Saturday afternoon to be wrapping up the last of 2013 's hay crop before beginning the New Year.  Our original plan was to cut, bale and wrap this field of fescue hay soon after the first frost but rain ,ice  and snow delayed that plan. Wrapping allows the hay to turn into silage--the young heifers and beef cows love it like candy!
Whether you're baling hay in June or December, it's not a good sign when you see pieces of the baler and the farmer standing beside it... 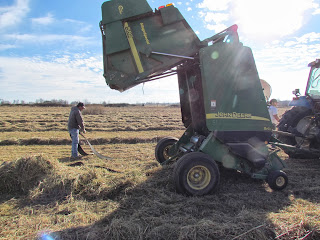 With no parts store open on Saturday afternoon, we were thankful for the loan of our friend's baler that made it possible to  harvest the hay. 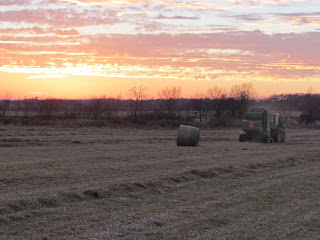 It's easy to be frustrated when everything doesn't go as planned but
wrapping up 2013 with breathtaking sunsets isn't all bad, 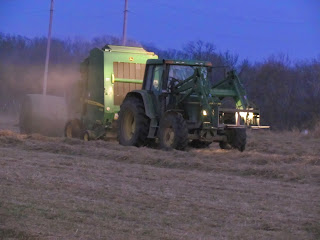 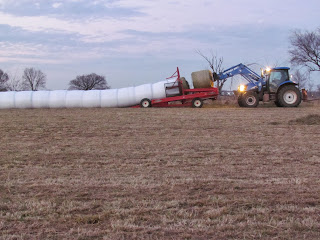 working by tractor lights is better than hoeing with a lantern!