Today I drove to Little Rock to attend the Arkansas Farm Bureau Winter Commodity Meeting and finish up our policy resolutions procedure that was postponed due to icy winter weather in December.
I had a lot of great conversations with friends from across the state and was happy to receive the latest information about farm policy and issues that affect us on the farm. 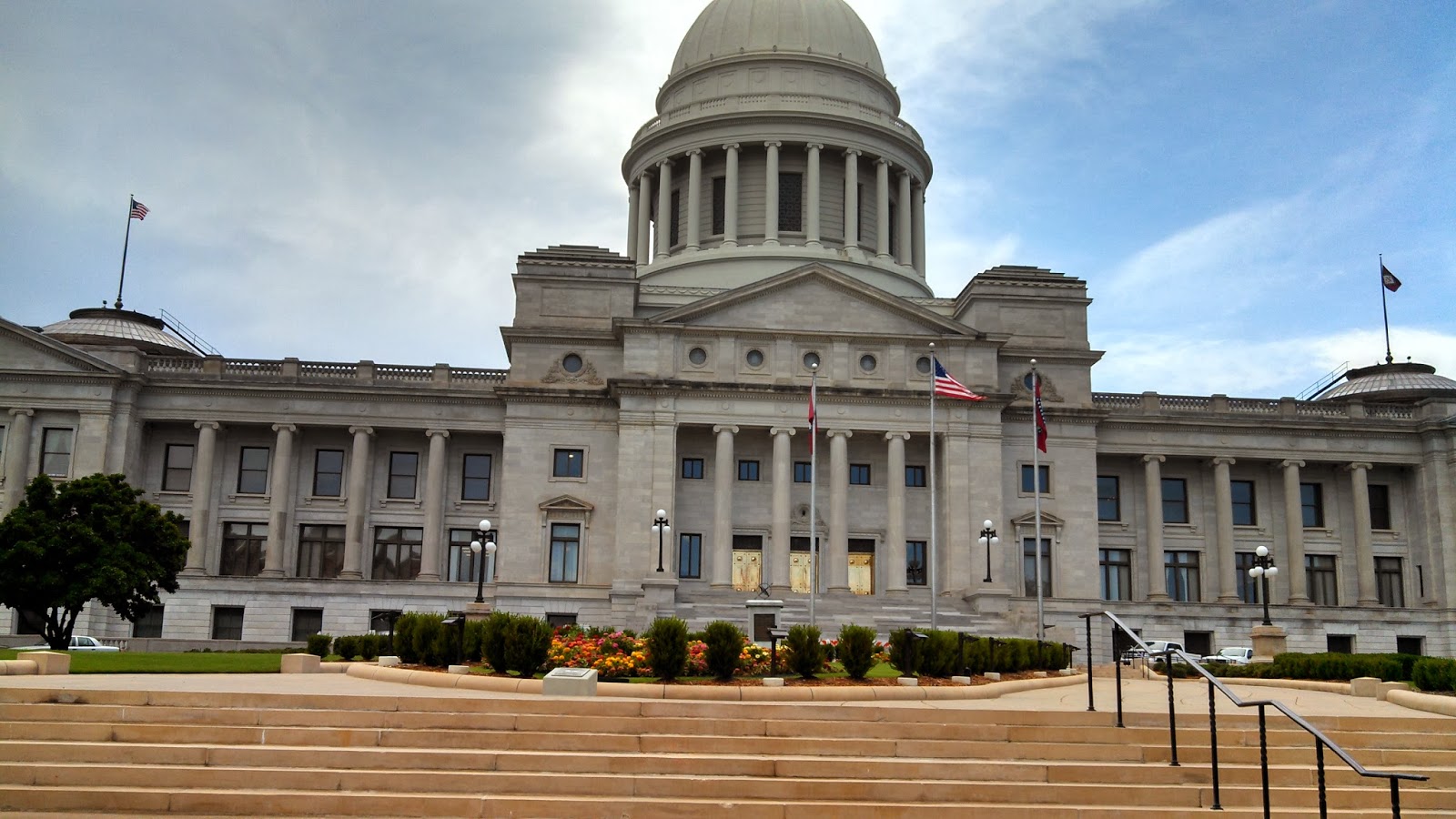 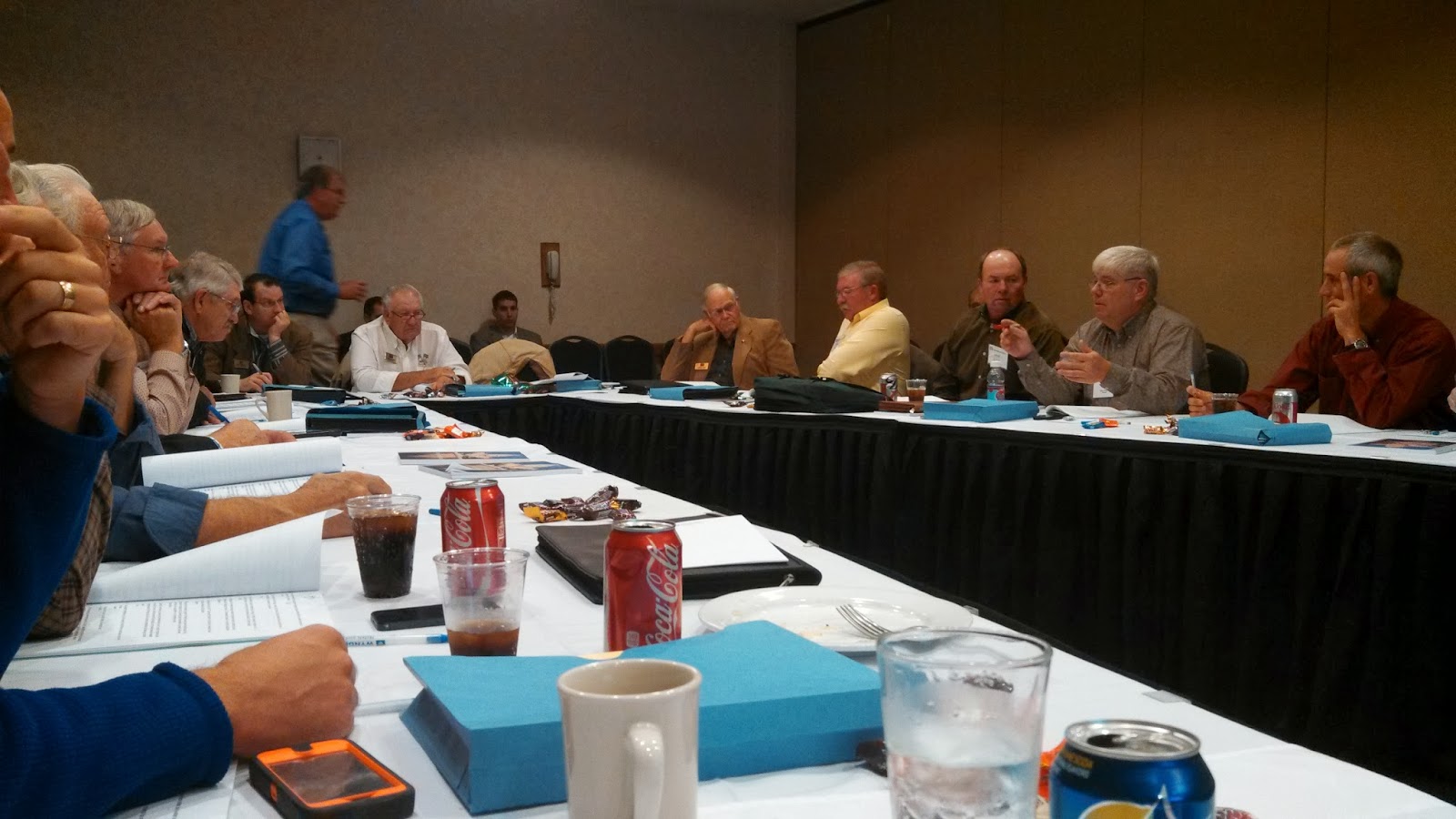 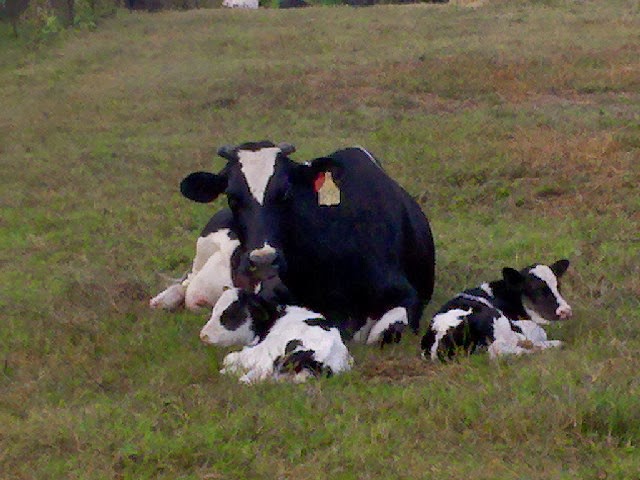 Most of all, I'm thankful God made a farmer just for me!
Posted by AnglinDairy- Spotted Cow Review at 8:04 PM No comments:

I'm rooting for the cheese team--that's the dairy cows that provide all that milk for the delicious cheese that is part of every Superbowl celebration at our house!  In preparation for the big game, I'm collecting a few recipes for game day  that fit our criteria for fun, easy and cheese filled!
This recipe can be found at Dairy Makes Sense. 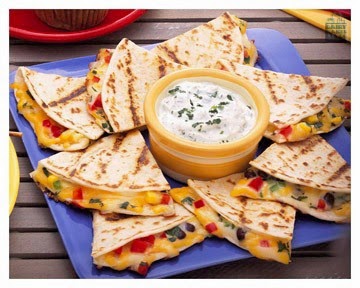 Line a large strainer with a coffee filter or paper towel and place over a mixing bowl. Pour yogurt and let sit until some of the liquid has drained away and yogurt is consistency of sour cream. Transfer to small mixing bowl. Stir in cilantro and cumin.

Preheat large skillet over low heat. Line up six tortillas. Divide cheese, corn, cilantro and peppers among tortillas, then cover each with a second tortilla. Place a tortilla on dry skillet or grill and warm until cheese is melted an tortilla is slightly golden. Flip and cook other side until golden. Cut into wedges and serve. Repeat with remaining quesadillas. Serve each wedge with a dollop of cilantro yogurt dip.

Entertaining Idea: Make these ahead and serve at room temperature, or set up an assembly line "grillside" and let guests select their own blend of cheese and "confetti."

Posted by AnglinDairy- Spotted Cow Review at 8:01 PM No comments:

January Delivers Spring Down on the Dairy

How often do we get a 60 degree January day on the dairy farm? Not very often this year!
Although Mother Nature was just teasing us today with a spring-like day, it   was  a perfect day
for welcoming a new calf into the world. 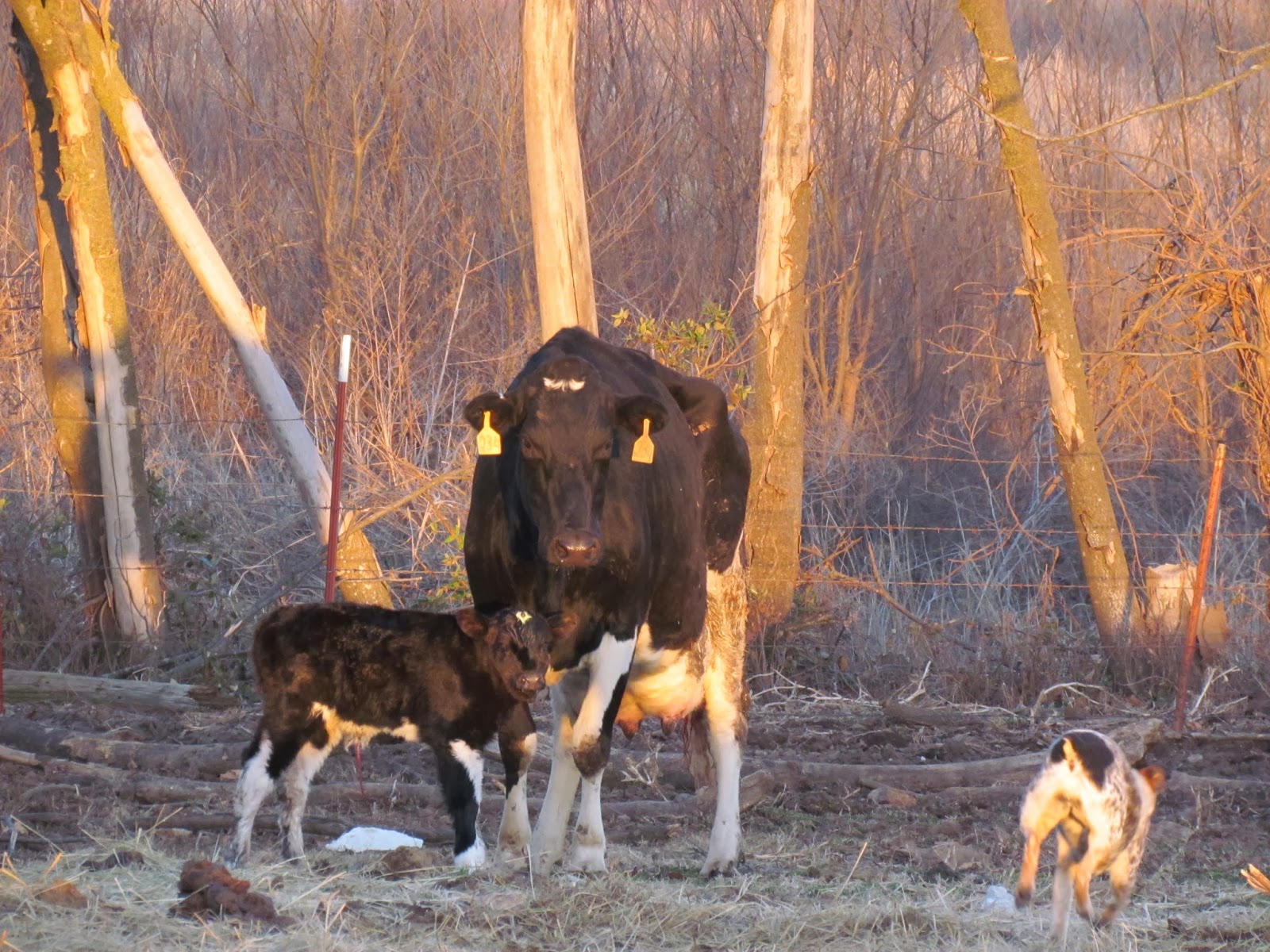 We're always keeping a close eye on our cows to ensure a healthy delivery, but it was nice to know that this baby would be born on a much warmer January  day.
Our calves are usually born in the pasture but with the extremely cold January days that we have experienced,  we have been moving  the mamas to the maternity barn close to calving time  so the baby would be born  in a more protective environment.
With tomorrow's forecast for twenty degrees, it looks like we'll be back to the maternity barn for delivery!

Posted by AnglinDairy- Spotted Cow Review at 8:20 PM No comments:

For the first three months, our calves live in  individual calf hutches that have
plenty of space to  freely move about, provide protection from bad weather and make
it easy to monitor the health of each calf.

Even on a cold January morning, 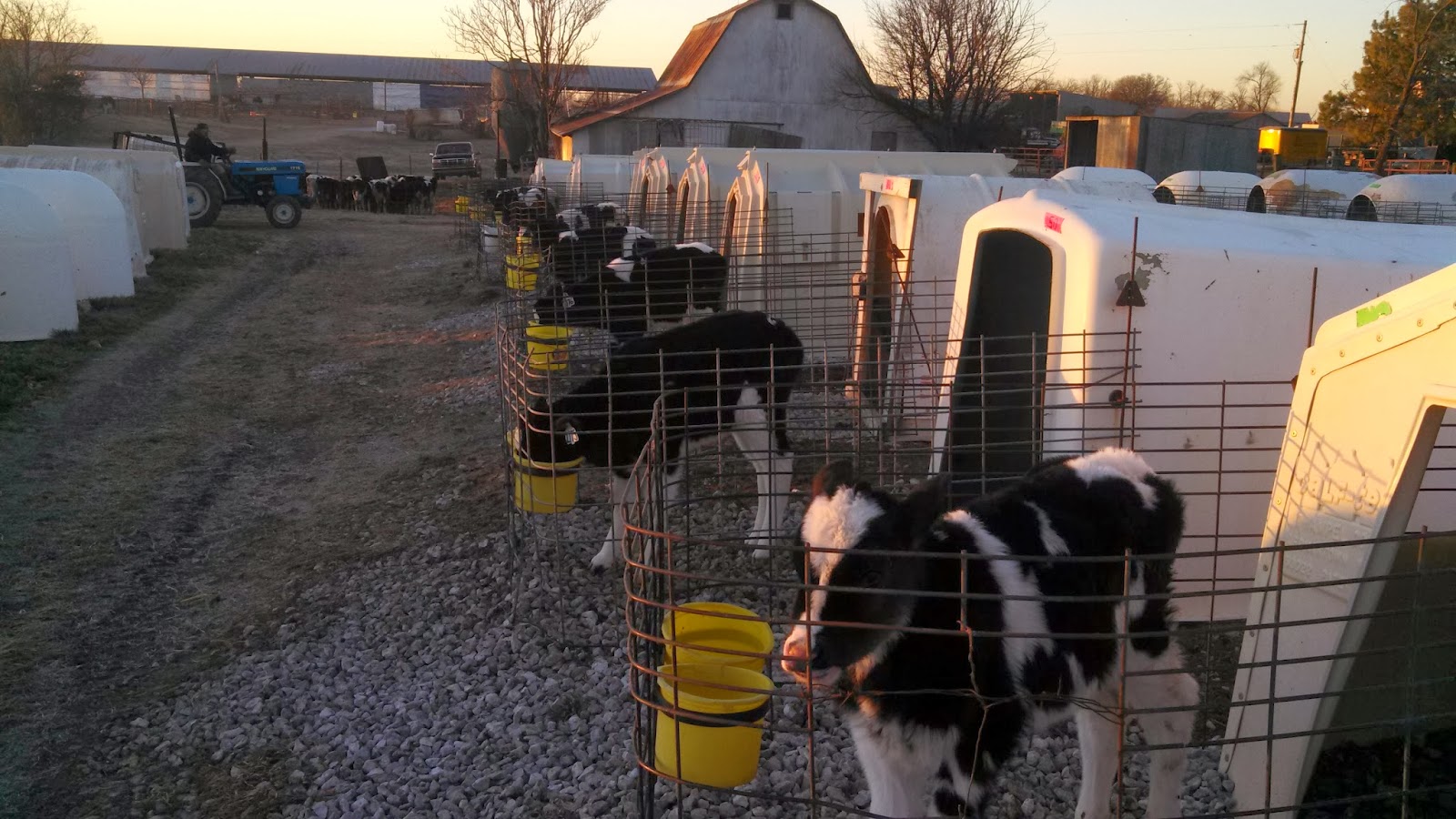 I'm thankful for each calf that happily and anxiously  greets us
for their warm morning milk and grain.
Posted by AnglinDairy- Spotted Cow Review at 8:24 PM No comments:

Do You Live in a GMO World?

Because  biotechnology is part of our everyday world on the farm, I really hadn't given it much thought until I attended two separate educational workshops pertaining to the topic of GMOs, also known as genetically modified organisms. As I began to read more information about the topic--here's the truth--GMOs are part of everyone's world! 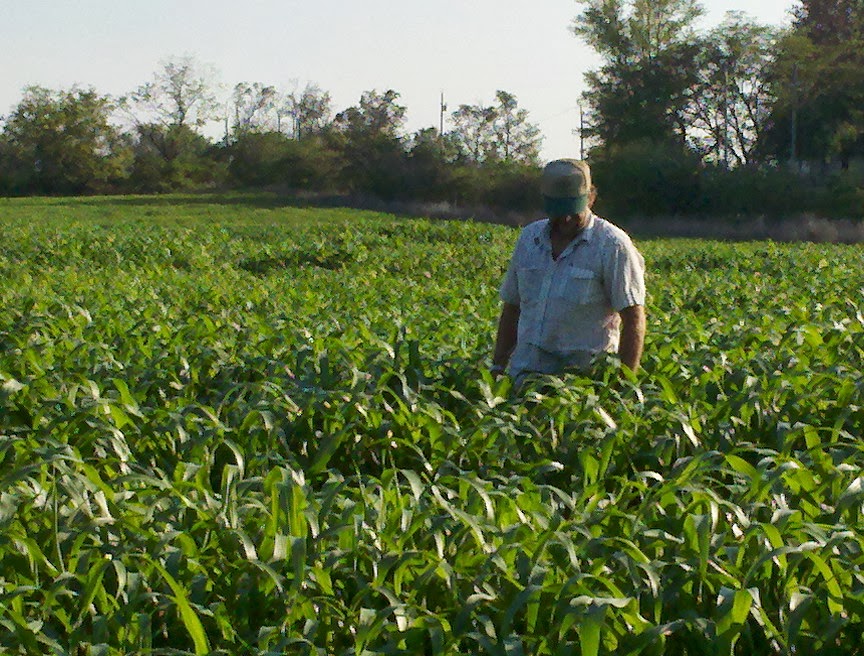 Words that can be used interchangeably for  GMO is genetic modification, biotechnology, biotech seed, or  genetic engineering. It simply means that a change has been made to the DNA of the organism.

I liked this analogy by Dr. Denneal Jamison-McClung (Associate Director-Biotechnology Program,Lecturer in Plant Biology in the College of Biological Sciences, University of California-Davis) says GMOs can be compared to apps on your smart phone. Adding an "app" doesn't change the phone, but it helps your phone do more. In GMOs, the plant is the phone and the app is the gene added to make the plant drought or disease resistant. The gene added to the plant doesn't change anything about the plant, but the app-like GMO helps it do something desirable--in this case, stay healthy and grow stronger.

According to the Genetic Literacy Project there  are 10 reasons we need biotech foods and crops:


If you have questions about GMOs or biotechnology, you can find answers at GMO Answers.

Posted by AnglinDairy- Spotted Cow Review at 8:53 PM No comments:


Whether you're thinking about Superbowl Sunday, a cure for January's bone chilling weather like  we've been experiencing  or what to do with a few left over baked potatoes, Dairymom Jonna  Schutte of Iowa has shared a perfect  solution with Chunky Baked Potato Chowder at
Dairy Makes Sense. 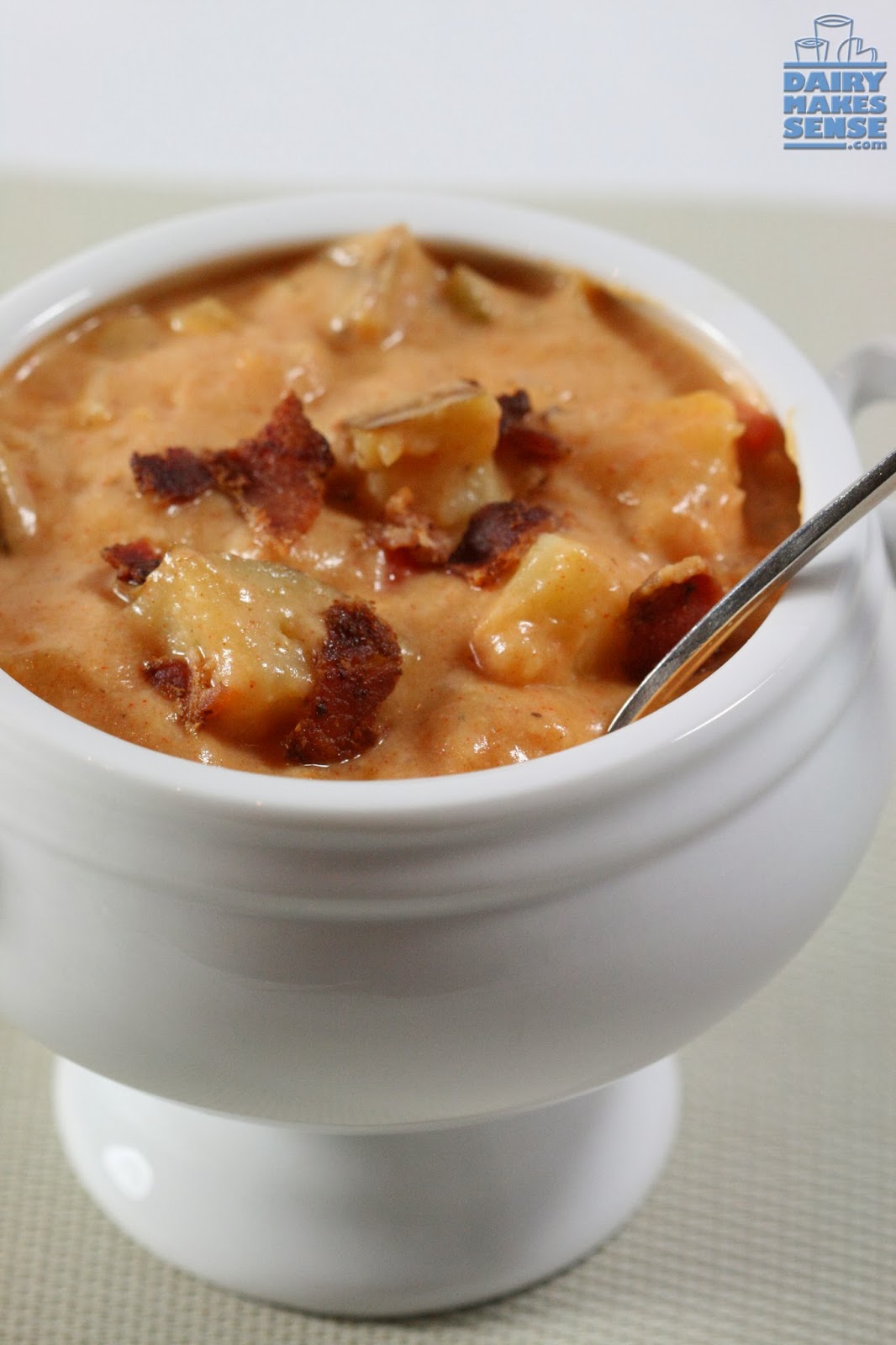 In a large skillet, cook bacon until crisp. Remove from pan, crumble and set aside. Add onion, carrot and celery to bacon drippings and sauté over medium heat until onions are soft (about 10 minutes).

Meanwhile, in a large pot over medium heat, whisk together milk, flour, paprika, salt and pepper. Bring to a boil and stir for one minute. Reduce heat and slowly add in cheese, stir constantly until melted. Add cooked onions, carrots, celery, and potatoes; stir well. Heat until all ingredients are warm. Serve with a sprinkling of bacon crumbles.

Variation: For a thicker, creamier soup, puree 2 cups chowder in blender. Pour back into pot and stir thoroughly. 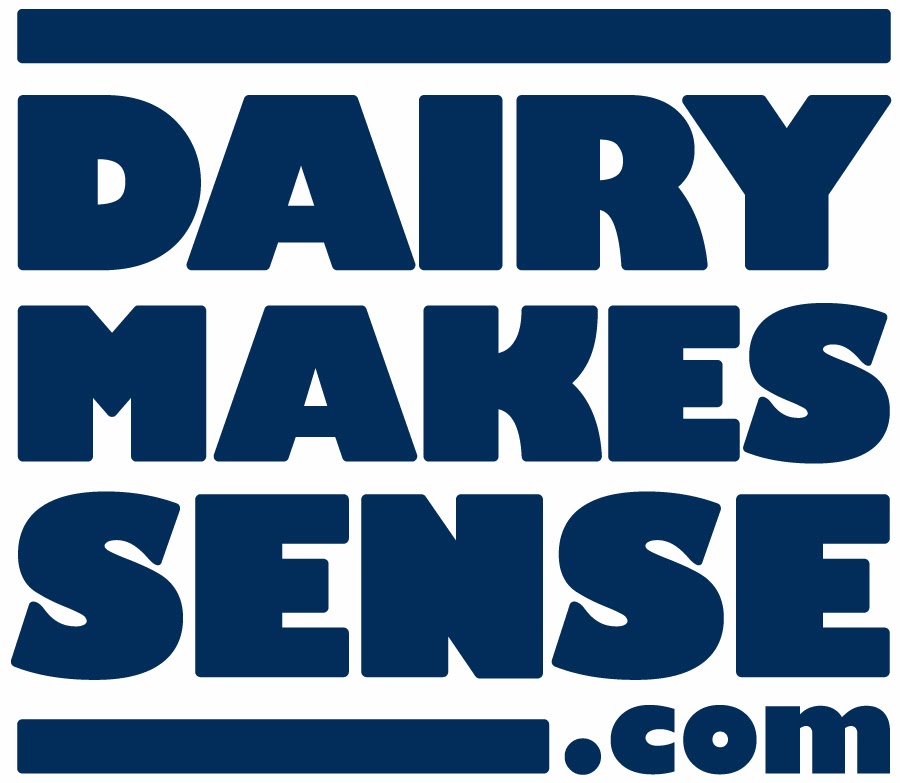 Posted by AnglinDairy- Spotted Cow Review at 8:38 PM No comments:

I was privileged to attend the American Farm Bureau Convention in San Antonio this week. It's always fun to work in the Arkansas booth at the trade show to share about Arkansas agriculture. 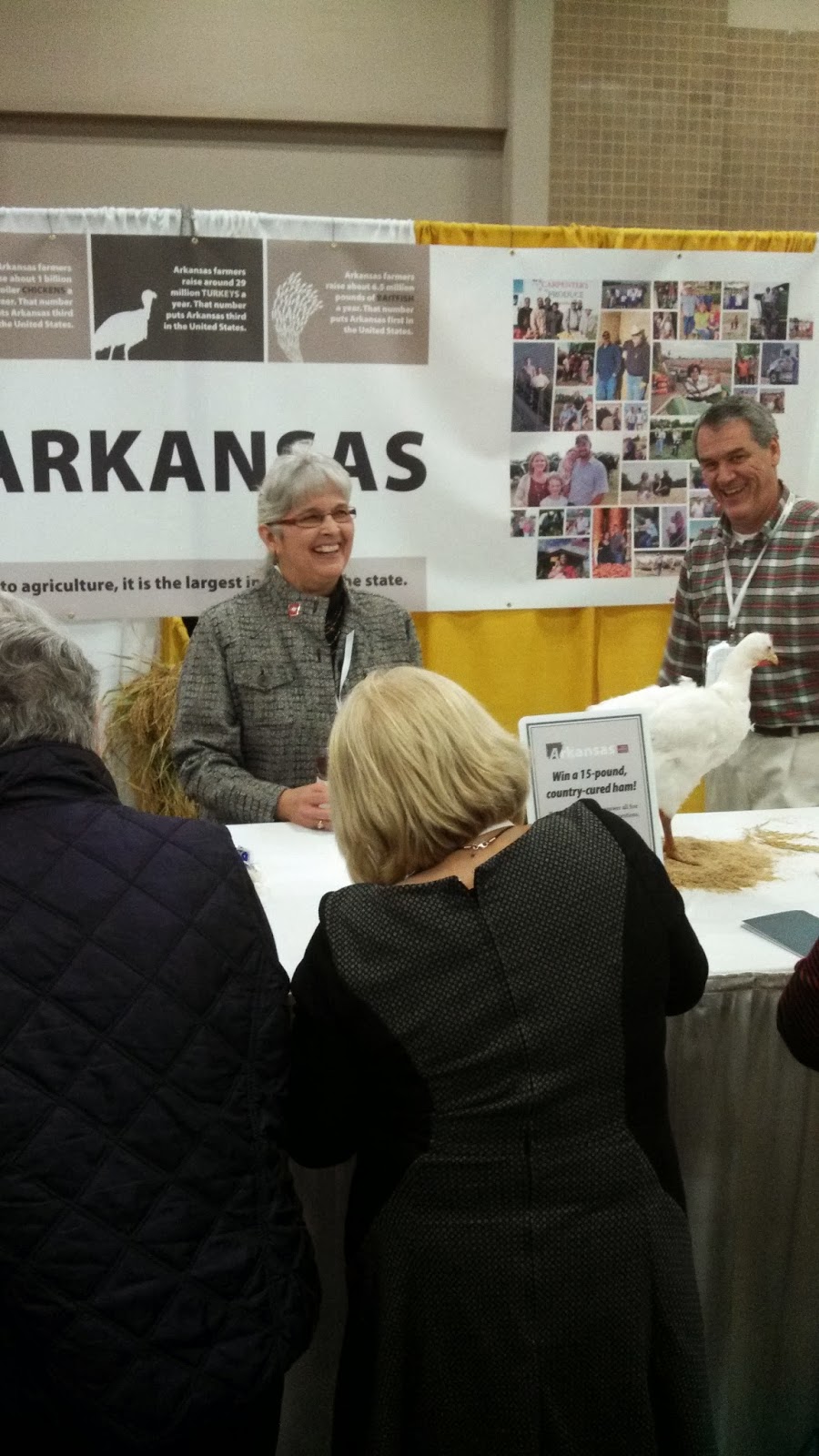 I'm thankful to be an Arkansas dairy farmer
and 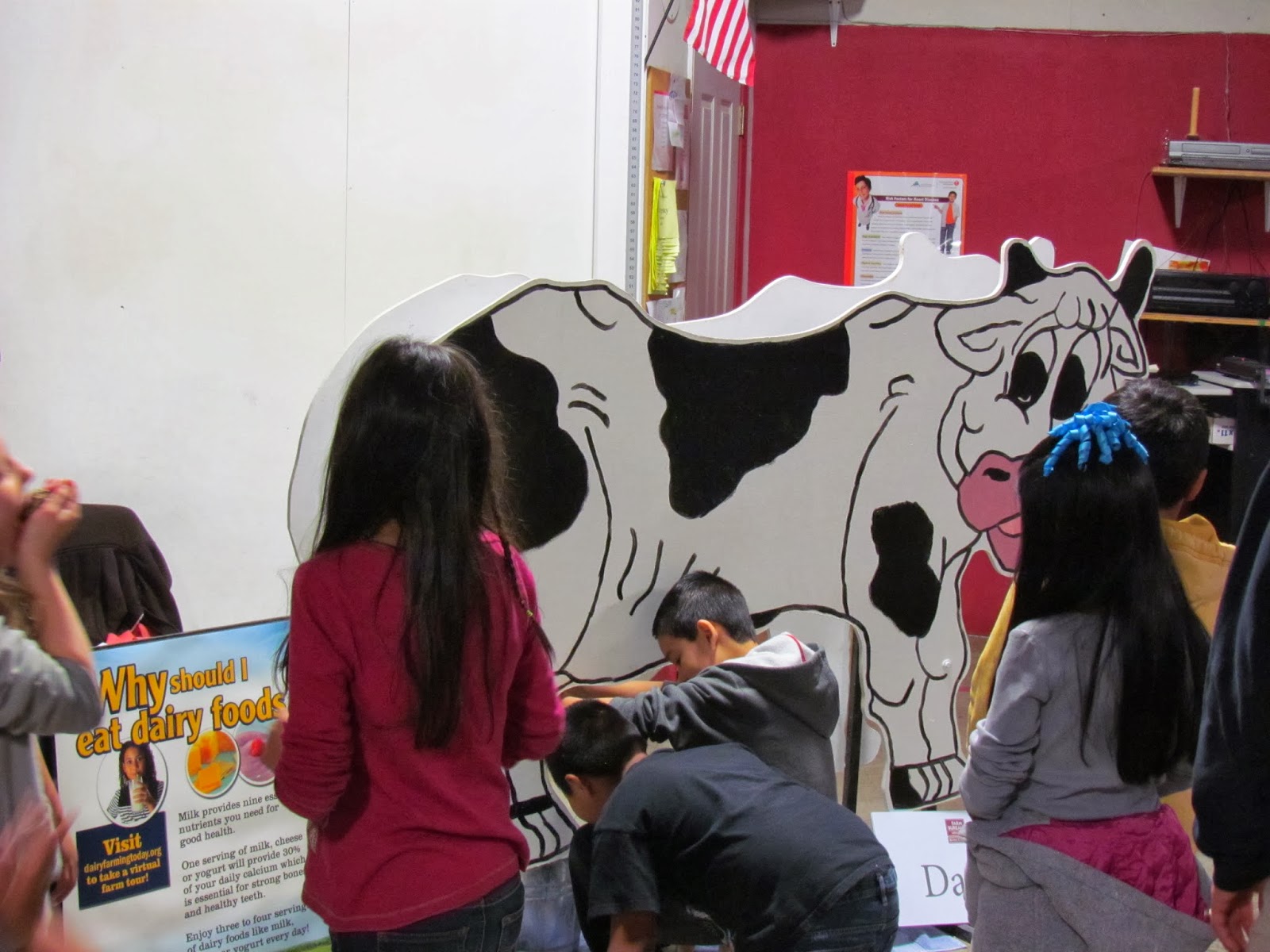 for the variety of  opportunities  I have to educate consumers of all ages about Arkansas agriculture!

Posted by AnglinDairy- Spotted Cow Review at 8:49 PM No comments:

I've just completed my first year as a member of the Benton County Quorum Court. As a Justice of the Peace, I represent  23,000 citizens in District 9. In every county in Arkansas, the Quorum Court is tasked with making decisions that use tax dollars wisely to  provide the services our citizens rely on related to county government which includes providing roads, courts and records, and the jail.
Before I began serving  on the Quorum Court, the issue of the availability of ambulance service in the unincorporated areas of our county had been discussed since 2010.The cities that have provided ambulance service outside of their city limits are standing on state law and demanding payment for the service that they provide outside of their city limits.
After studying the options, the court decided that ambulance service should continue to be available  but for that to happen, it must be paid for by those receiving the availability of the service.
A special election will be held on February 11th to allow the voters to make the decision.
A yes vote means--I want the service and must pay $85 per year on my tax bill.
A No vote  means--I do not want to pay $85 and accept that there will be no available service.
Members of the Quorum Court are holding community informational meetings to give voters the opportunity to ask questions and be as informed as possible when they go to vote.
Here are the scheduled meetings across Benton County: 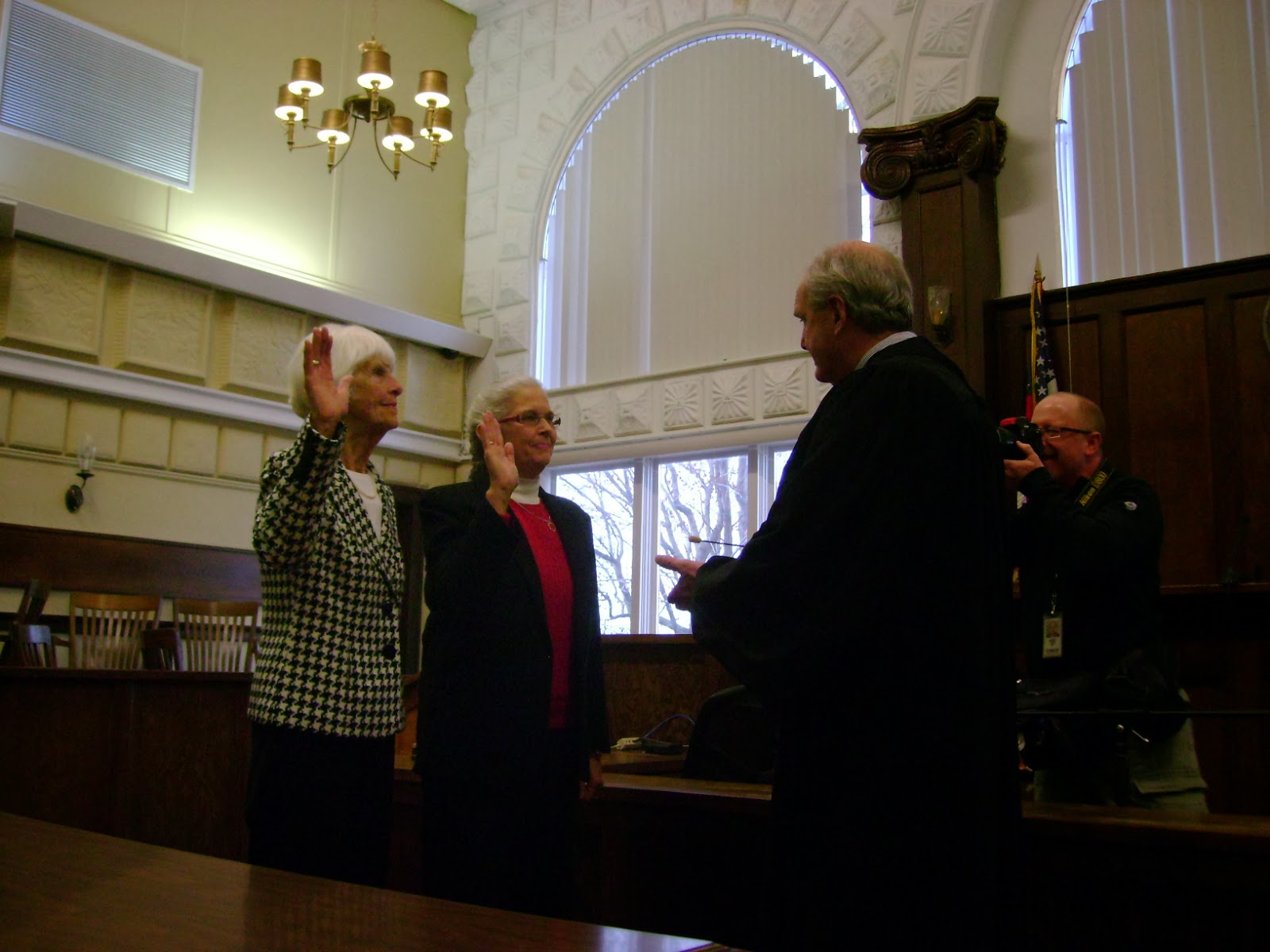 Your vote does count!
Posted by AnglinDairy- Spotted Cow Review at 8:09 PM No comments:

Breakfast is always a great way to start the day and even better if you're including dairy! That's what makes Egg and Mozzarella Breakfast Pizza appealing, especially for the family member that seems to enjoy cooking his own breakfast with a somewhat creative flair  after we've completed calf feeding chores. 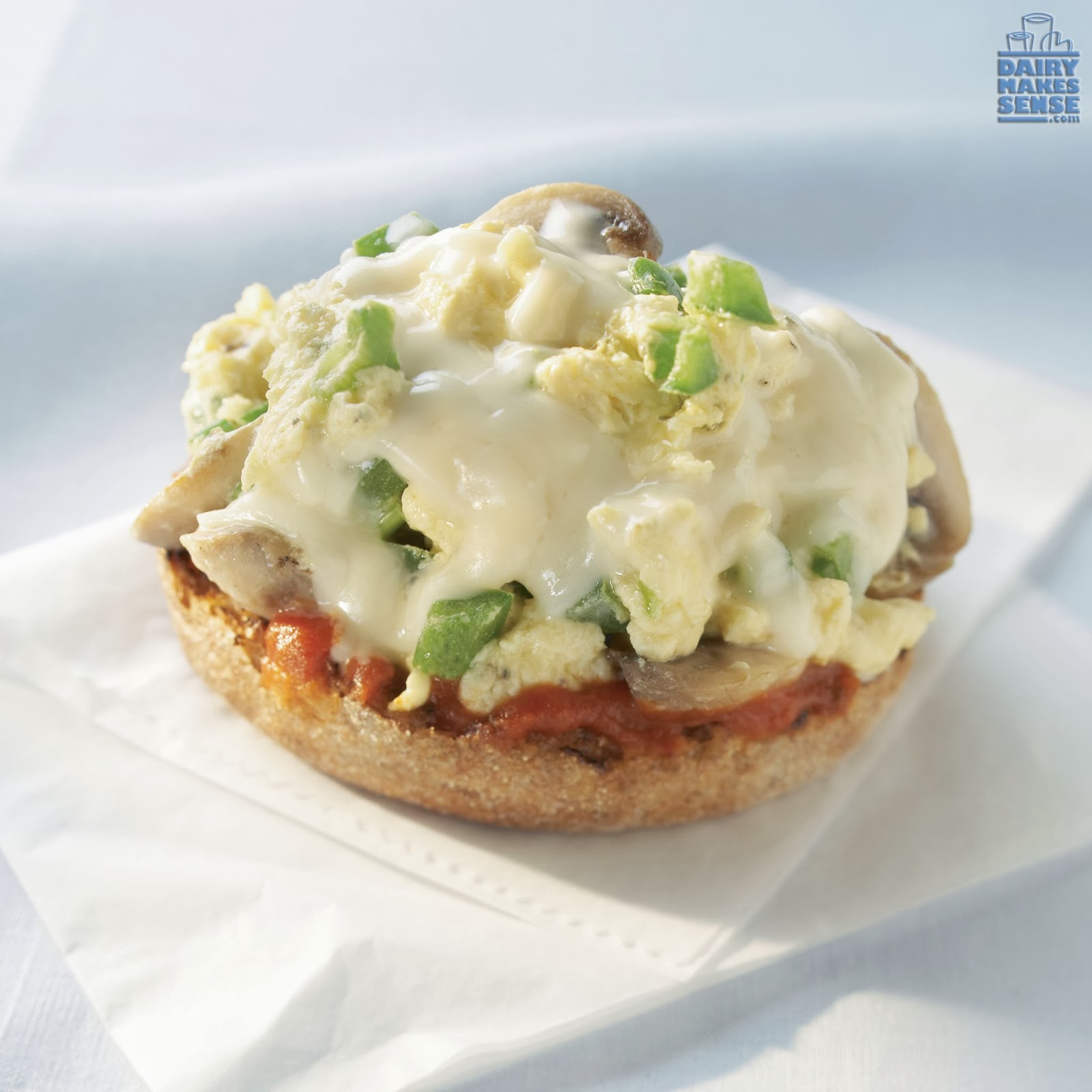 Preparation:
Preheat oven to 350 degrees F. Split English muffin in half and toast; set aside.

Substitution idea:
Keep a bag of frozen vegetable mix to use in this recipe.

Tip:  Any remaining pizza sauce can be frozen for another use. 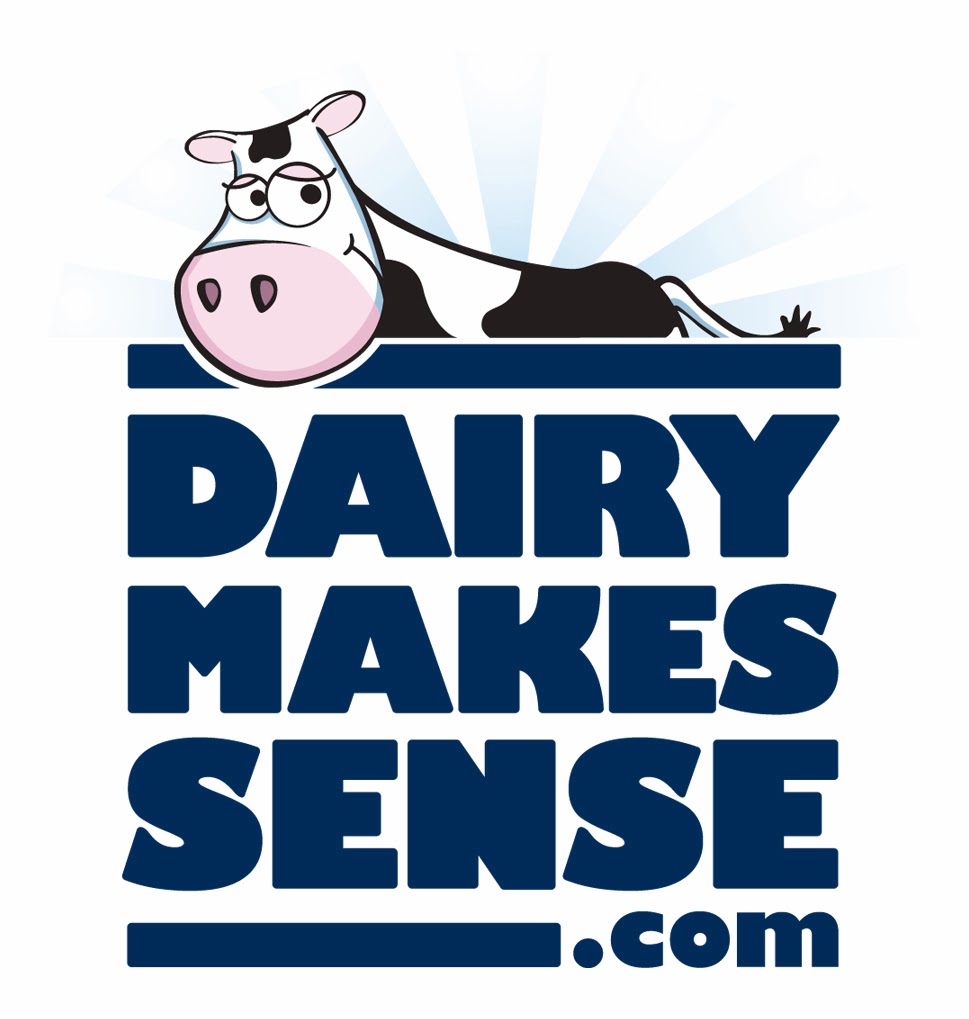 You can find this and other nutritious recipes at Dairy Makes Sense!

Posted by AnglinDairy- Spotted Cow Review at 7:28 PM No comments:

Twenty six degrees this morning  seemed like a heat wave after the two days of single digit temperatures. Warmer temperatures brought a lot more smiles to  all of us as we worked to care for our calves and cows.
I am thankful for our employees, who not only work extremely hard every day, but bring a sense of humor to help us get through the tough weather  days down on the dairy farm. 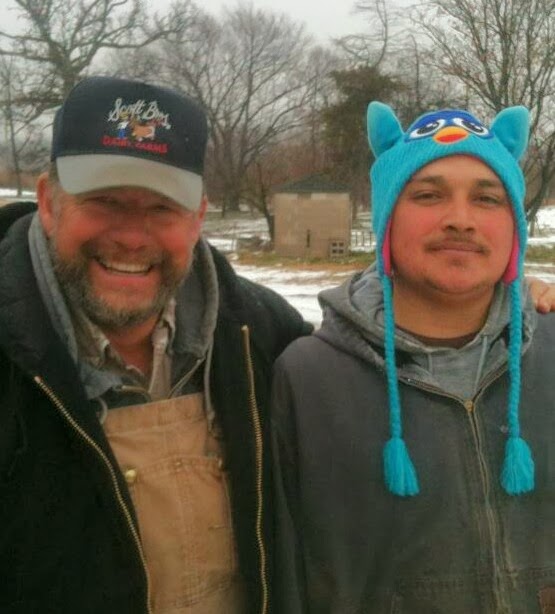 The cows didn't even notice the blue Ferbie in the field! 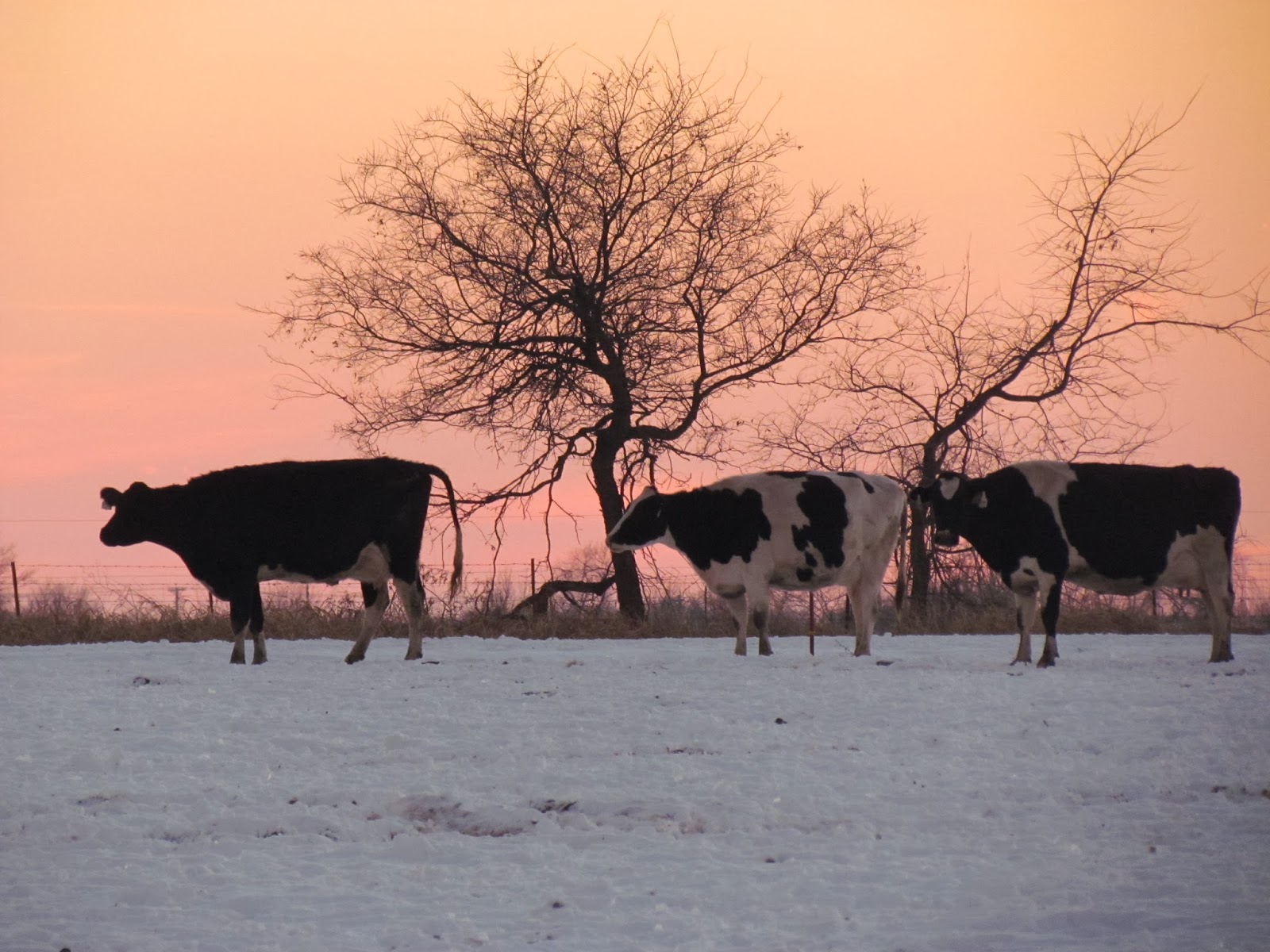 Posted by AnglinDairy- Spotted Cow Review at 9:36 PM No comments:

Even though my toes were cold and I was looking forward to warming by the fire after late afternoon chores, I had to pull out my phone for a snapshot of this evening's sunset.  Snow brightened the background around the cows as they gathered around the feed wagons for a late afternoon snack before returning to the milk barn for the evening milking.
Snow days on the dairy farm are a lot different than a school day snow day!
With plenty of feed and water available, the cows don't seem to find the cold temperatures or  snow to be a problem.
For their comfort, large round hay bales have been unrolled   for them to rest on  while they are in the pasture. 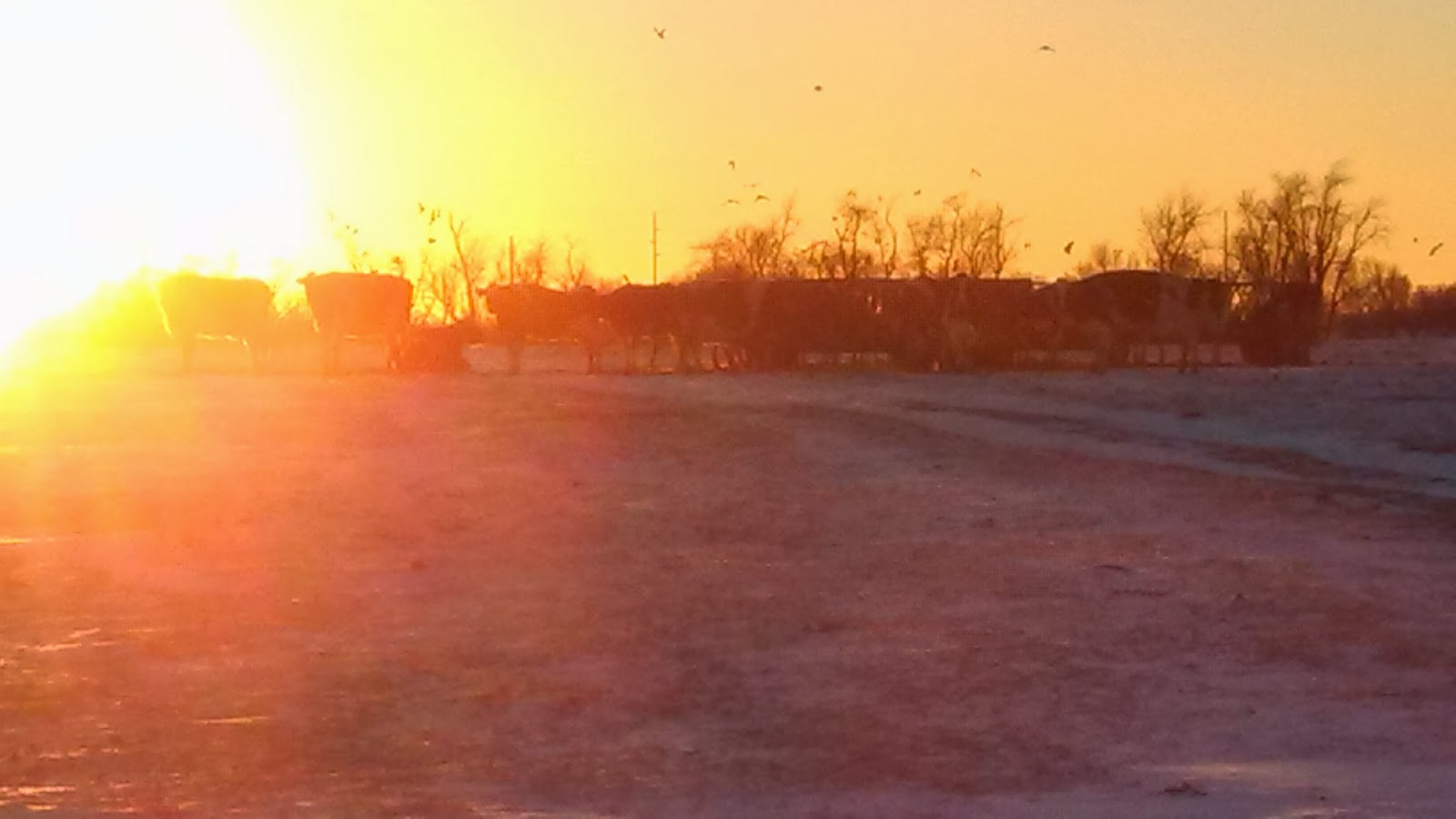 Extreme cold weather presents a lot of challenges when trying to do the everyday chores on a dairy farm. Machines and vehicles  just don't work good at below  zero degrees!
The best part of our snow day is when all the animals are cared for and we can rest and prepare ourselves for tomorrow's challenges with the hope of warmer weather for us and the cows.

Posted by AnglinDairy- Spotted Cow Review at 8:43 PM No comments:

We've been working to prepare for the predicted winter storm with a week of frigid temperatures  but hoping it won't be as bad as it sounds!  Tractors and trucks are fueled, we've got plenty of feed for the animals, the generator at the barn has been started on a test run just in case we lose power and the wood pile was restocked for house heat. I've also made  sure there is plenty of food in the pantry for refueling the farmers! 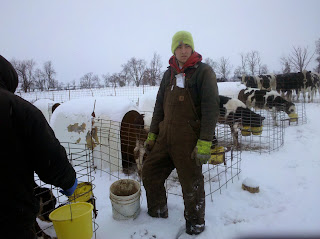 Cold weather always brings the hungry farmers to the kitchen for a refueling snack. The last of the holiday banana stockpile was begging to be baked into something that would be good with a glass of milk or a cup of hot chocolate!  Banana Snack Cake  from Jim Graham's Farm Family Cookbook for City Folks is easy to prepare and perfect for winter storm snacking. 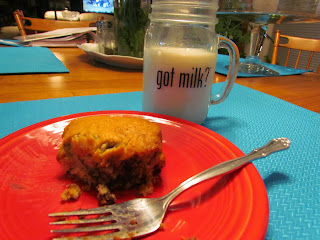 Posted by AnglinDairy- Spotted Cow Review at 8:34 PM No comments:

It was a  surprise  plan formulated by Cody   that involved the entire family...
a formal proposal of marriage in the middle of a pasture, surrounded by parents, siblings, grandmothers, and a lot of curious beef cows. 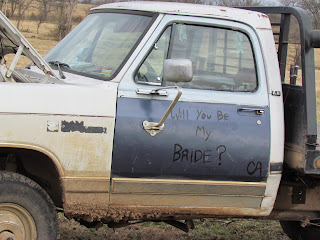 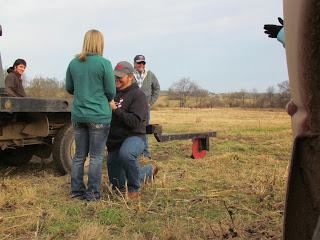 I'm thankful for this moment in our family  life down on the dairy farm
and such a great way to begin  2014!
Posted by AnglinDairy- Spotted Cow Review at 6:26 PM 1 comment: